Pipe of the Year 2021 Terracotta P-Lip 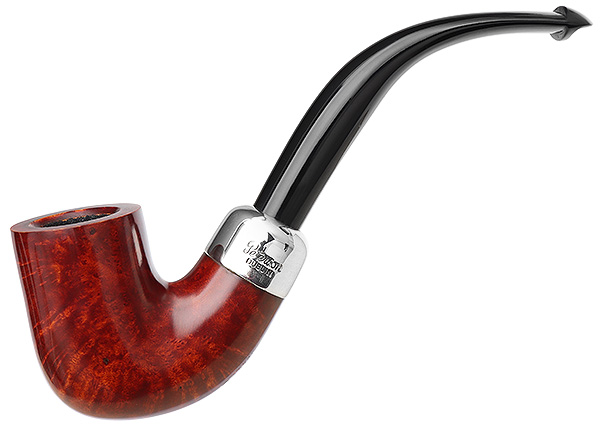 Peterson's 2021 Pipe of the Year marks the return of one of the most anticipated shapes in the company's history: the 4AB. Introduced in 1896, this large Dutch Billiard is among the first and most recognizable System pipes in existence, and is the pipe Basil Rathbone smoked in 12 of his Sherlock Holmes films. With a long, tapered stem, a straight-sided bowl, and stout, muscular proportions throughout, it beautifully represents Peterson's history from the first days of the patents.

The 2021 Pipe of the Year is a recreation of this historic 4AB shape, featuring all of the signature design elements that comprise Charles Peterson's patented System pipe: moisture reservoir, military mount, graduated bore mouthpiece, tenon extension (also known as a chimney), and P-Lip bit. For historical accuracy, the retro AB-stem design was reverse-engineered to match the original and presents an irresistible window into the 19th-century pipe design.

This model is presented in Peterson's warm Terracotta finish, its deep red hues hearkening back to ruby-stained pipes popular during the early 20th century. It's further elevated by a domed sterling silver military mount — handcrafted by Peterson's most experienced smiths.